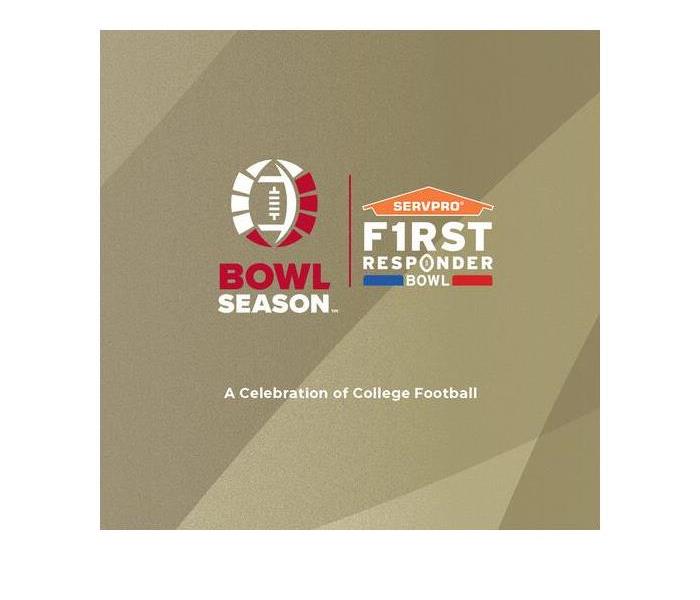 We are excited for the upcoming SERVPRO® First Responder Bowl featuring the number 19, Louisiana Ragin’ Cajuns and University of Texas San Antonio Roadrunners, on Saturday, December 26th at Gerald J. Ford Stadium in Dallas, Texas. You can tune in for kickoff at 2:30 pm (CT) on ABC

In December 2014, the bowl began honoring first responders, including police officers, firefighters, EMS workers, correctional officers, search and rescue, dispatchers, security guards, federal agents, border patrol agents and military personnel who have specialized training and are the first to arrive and provide assistance at the scene of an emergency. In 2018, the game was renamed to reflect the efforts to show appreciation to first responders.

This will be the second time the SERVPRO® First Responder Bowl will be held at the SMU Mustangs home field.

The bowl was previously known as the Heart of Dallas Bowl and Ticket City Bowl and had been held at Cotton Bowl Stadium.

Sixty-five First Responder Bowl alumni have gone on to be drafted by the National Football League, led by two-time first-team All-Pro wide receiver Michael Thomas (Southern Miss). Of the draftees, five became first-round picks and eight were selected in the second round.