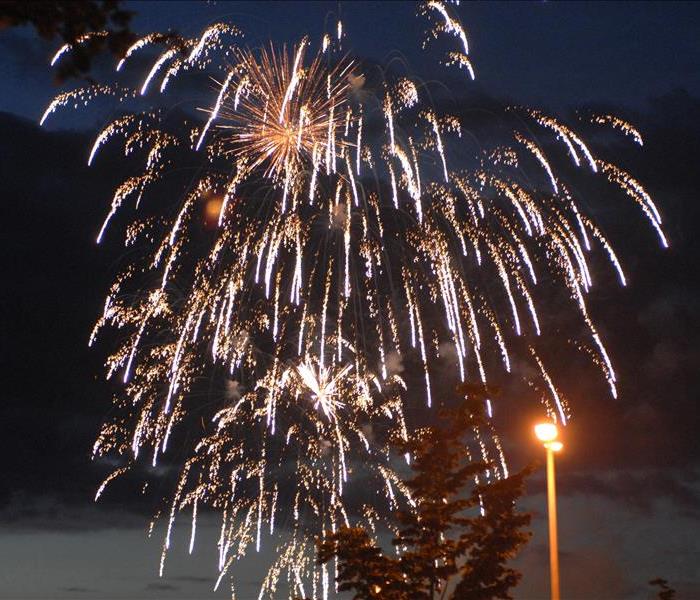 Fireworks explode in the skies above a military instillation

Here are a few tips from the Consumer Product Safety Commission to make your holiday fire season just a little safer: