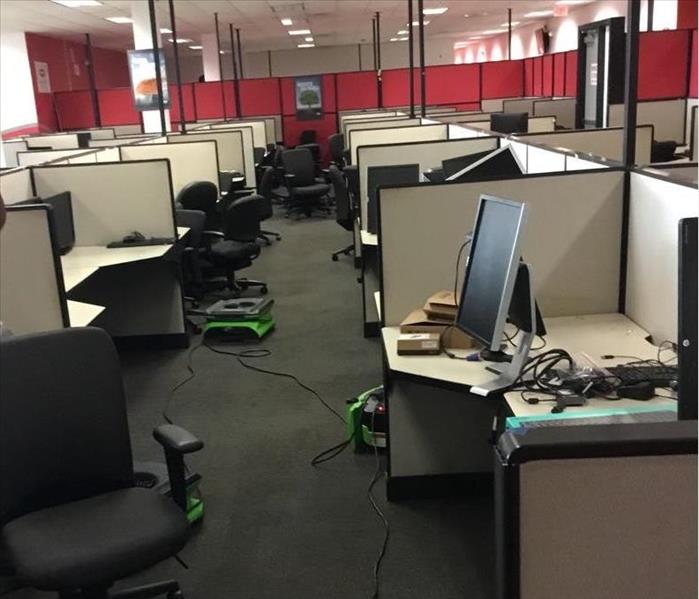 With our prompt response to this call we were able to dry out the affected materials to prevent secondary damage.

The gulf coast continues to receive copious amounts of rain as tropical storms loom in what weather experts have predicted to be an extremely active hurricane season. Locally, we have received some much needed rain, ending the burn ban placed on McLennan county. All this rainfall has also resulted in more calls from homeowners and businesses seeking water mitigation services due to a leak in the roof and flooding stemming from a drain malfunction.

We were contacted by the City of McGregor for water mitigation for the unoccupied structure where C3 communications was once housed. On arrival, crew members noted that the commercial grade carpet was soaked below the source of damage and that ceiling tiles had fallen about the cubicles and office chairs. To prevent possible injury, unsalvageable ceiling tiles were removed and bagged. Once equipment was placed on the first day, our technicians would return for equipment checks to monitor the drying process. In some cases, holes must be drilled to facilitate the drying of walls, but this was not necessary for this job as no walls had been affected.